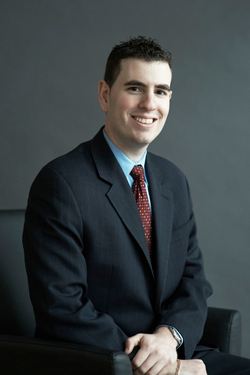 For over 14 years, Jason S. Eisenfeld has represented thousands of injured workers in all aspects of their cases.  He has given lectures and held private meetings with doctors to explain the constant changes in the Workers’ Compensation Law.

Mr. Eisenfeld is a founding partner of the firm who handles all cases from inception through trial and settlement.  He is admitted to practice law in New Jersey and New York and is a member of the Injured Workers’ Bar Association.

Mr. Eisenfeld graduated from Penn State University with a Bachelor of Arts in Political Science and History in 2004.  In 2007, Mr. Eisenfeld earned his Juris Doctorate from Brooklyn Law School where he represented workers in unemployment insurance benefits hearings and discrimination cases and where he held executive positions in the Brooklyn Law School Entertainment Law Society and Phi Alpha Delta.  Mr. Eisenfeld interned in the Chambers of Hon. Carol Robinson Edmead, New York County Supreme Court.